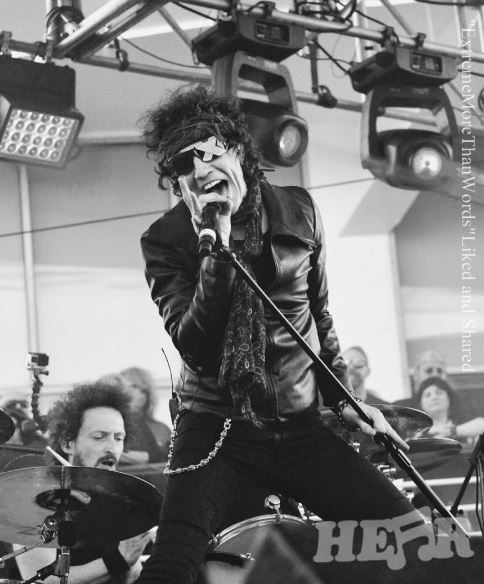 Extreme is one of the biggest names in the 80s glam metal era with many hits and influential songs. However, the song that put the band at the top of the list might be More Than Words, which aired in ever radio around the world.

However, the band would be incomplete without Gary Cherone, who served as the lead vocalist for the band. Gary might have worked with Extreme for most of his career, but he had also sung for other great bands like Van Halen.

Gary is best known for the founder and frontman for Extreme and briefly for Van Halen. He started his singing career at local bands as teenagers and formed his first band in 1970, Adreanlin, which released an EP in 1981. However, his music career shined when he created the band with Nuno Bettencourt, Pat Badger, and Paul Geary. After the group formed the band Extreme and signed with A&M Records releasing their debut album in 1989 followed by the critically acclaimed album, Extreme II: Pornograffiti.

Likewise, the band went mainstream when they released the acoustic ballad, “More Than Words,” in 1991. It reached the Billboard Hot 100 and also earned a certified double platinum. Besides, Gary also performed with the Queen in April 1992. However, Extreme ungrouped in 1995, and Gary joined Van Halen as their new singer in 1996. Nonetheless, Gary left the band after few years and is now back with Extreme as the band reunited in 2007. As of 2020, Gary Cherone holds a net worth of $5 million.

As a member of the glam metal band in the ’80s, love life often took a hit for many rock stars with on and off relationship and marriage that usually ended in divorce. However, Gary is unlike other icons from the era when it comes to love life. He has been very private when it comes to relationship.

You would think that the man who sang More than Words would have someone special. However, it does not seem to be the case as he is publicly single, and details on his love life are nowhere to be found. Likewise, if he is trying to hide his special lady behind the spotlight, than he is probably doing a great job.

Gary Francis Caine Cherone was born in 1961 in Malden, Massachusetts. Gary celebrates his birthday on July 26, which makes his age 58. The singer has not shared many details on his family and early life. However, he is the third of five brothers and the younger brother of fraternal twin Greg Cherone.