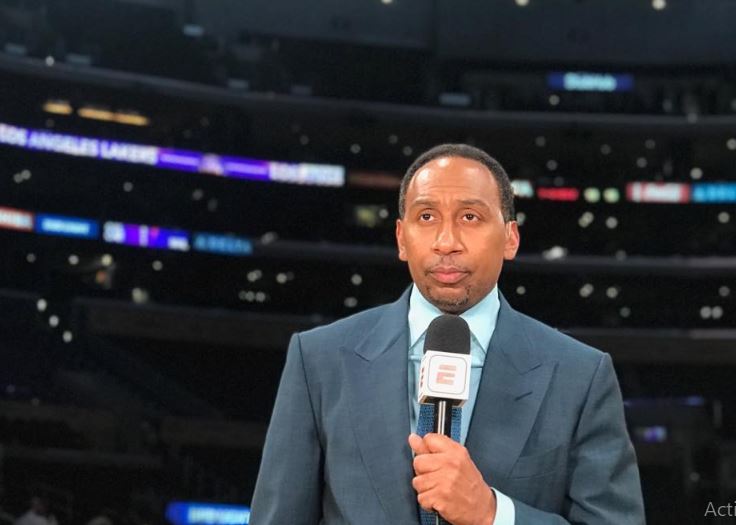 Stephen A. Smith is a successful sports personality. He made a prolonged attempt in sports career, but he started his career in print media with the Winston-Salem Journal. Besides being a sports presenter on television, he is also an actor. He is famous for his appearances on ESPN as a basketball analyst and a host for the debate show “First Take.” He has had some setbacks in his career as a result of his smart mouth. At one time, he was accused of making sexist remarks about some female players. Reportedly, he also implied that Coach Kelly was racist.

Stephen A. Smith Net Worth: $14 Million

Stephen started his career in 1994 as a journalist in the Winston-Salem Journal. The same year, he worked in Greensboro News and Record and the New York Daily News. Later, he served as a writer for The Philadelphia Inquirer. Besides, he worked as a general sports columnist for Philadelphia 76ers.

Stephen started his television career in 1999, working for CNN/SI. He was also the host of ESPN show Quite Frankly with Stephen A. Smith. Later, he worked for Fox Sports Radio as an on-air contributor. In April 2012, he signed a permanent contract with First Take. Since that time, he has been working as a sports commentator on ESPN First Take.

Besides journalism, Stephen is also an actor who has appeared on the ABC serial drama General Hospital, where he played the role of Brick. He earns between $3 million to $3.5 million in a year, as per the reports. His net worth dwells around $14 Million.

Stephen has never talked about his wife and marriage. Recently, while discussing the New York Knicks, he stopped a segment on television and talked about how fine Knicks’ coach, David Fizdale’s wife is. However, he has never gushed about dating someone or being in a relationship with someone special.

Stephen is probably single at present. Some sources have claimed that he is a married man with a wife and kids. Unfortunately, he hasn’t confirmed the rumors and appears to be single.

Stephen was born in New York City, USA on October 14, 1967. His mother, Janet Smith, raised him in Hollis, Queens. His father was a manager at a hardware store. In 2017, his mother died due to cancer. He grew up in a middle-class family as the second youngest of six siblings. He has four older sisters and a half-brother from his father’s side. His younger brother, Basil died in a car accident in 1992. His father died in August 2018.

Stephen went to Thomas Edison High School in Queens. Later, he joined the Fashion Institute of Technology where he received a basketball scholarship. He then went to Winston-Salem State University in North Carolina where he played basketball.

The 51-year-old sports personality has a height of 6 feet 1 inch. He is American by nationality and belongs to the black community.