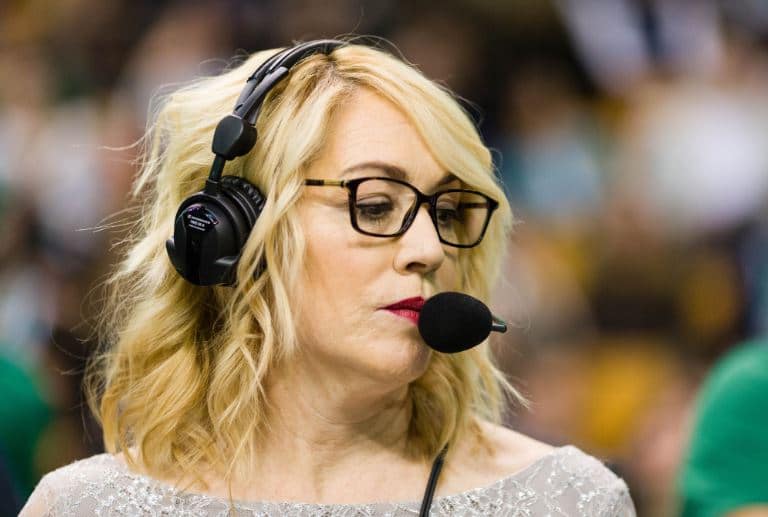 One of the important female figures in the NBA is Doris Burke, who is known as the ESPN reporter and analyst for the NBA. She has a history in basketball as she finished her basketball career in school’s leader in assists. Besides, she was also honored for her pioneering work for the Basketball Hall of Fame.

Doris is most known as an NBA Analyst for ESPN and ABC. Likewise, she had previously worked for WNBA games on the MSG network as an analyst and also for the games for the New York Knicks. Moreover, she became the first female commentator to announce the Knicks game on TV and radio.

Besides her broadcasting career, she had played basketball in college for Providence and set a school record for assists. Furthermore, the analyst was even inducted into the Basketball Hall of Fame in 2018 and had even won the Curt Gowdy Award. Doris had won awards such as the NCAA Silver Anniversary Award, USA Today Rudy Award, and the Best New Face in Sports Television. As of 2020, the NBA analyst, Doris Burke, holds a net worth of $4 million while earning a salary of $1 million annually.

Doris was previously married to her long-time boyfriend, Gregg Burke. The couple had tied the knot in 1989, and Doris had mothered two children, Sarah, in 1993 and Matthew in 1995. Despite the long relationship and two children, the couple marriage deemed unsuccessful as they ended with a divorce and are no longer together.

Doris’s ex-husband is a TV personality and the Deputy Director of Athletics and Head Gold Coach at the University of Rhode Island. On the other hand, Doris lives a single life and is much focused on her career and her two children. She has not made a public appearance with anyone for now and is publicly not dating anyone.

Doris Sable was born on 24 November 1965 in West Islip, New York, USA. She is the youngest sister among her seven siblings, and she has not shared many details on her parents. Nonetheless, the analyst had attended the Manasquan High School and enter the varsity team as a freshman and later earned the leading position. She graduated from Providence College with a bachelor’s degree in health service administration and a master’s degree in Education. On March 27, 2020, Doris shared that she had tested positive for the Coronavirus.

Doris holds an American nationality and comes from White ethnicity. Furthermore, Doris has a height of 5 feet and 8 inches.