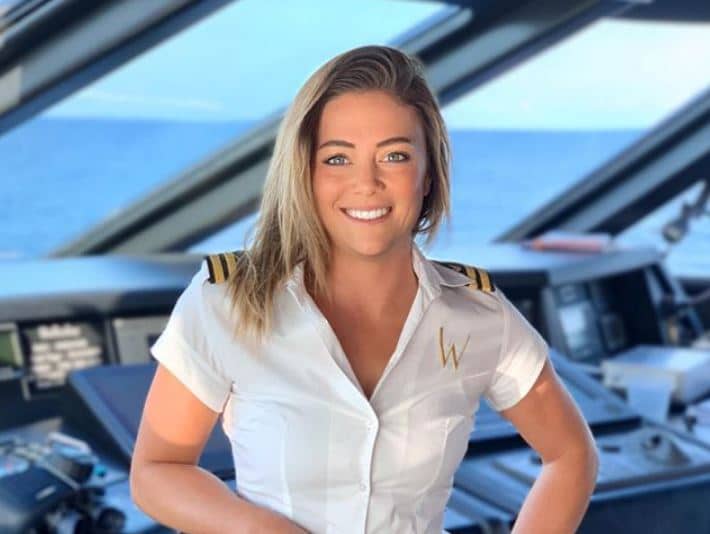 American reality television personality Malia White rose to fame when she appeared in season 2 of Bravo series, ‘Below Deck Mediterranean.’ She hadn’t worked on yachts before boarding the ‘Sirocco’ as a deckhand. Since then, she worked her way up in the industry, taking on new roles and earning new certifications. In June 2020, she returned to the season 5 of the show, creating a history being the first woman to be ‘bosun’ across any of Below Deck’s 13 seasons of television.

Malia worked freelance as a crewmember and diving instructor in the Hawaii region and Europe. She later appeared in the second season of the show, Below Deck Mediterranean, as a crew member of the yacht ‘Sirocco’ while on the cruise around Croatia and Mediterranean.

After her first season in the show, she left her regular office job and pursued a career in yachting. She received her ‘Certified divemaster’ and ‘Captain license’ in 2007 and moved to Europe for yacht excursions. Now, she appears as a bosun in season five of Below Deck: Med.

Malia’s career has come full circle now. She is currently leading the same department in which she began but on a new boat, season five’s monstrous Wellington. This season will bring a significant change in her fortune. As of now, Malia White’s net worth is estimated at $400 Thousand.

Malia showed her affection towards Adam Glicks and Bobby Giancorra during the Below Deck reunion events. She even kissed and flirted with the co-stars of the reality show. The deckhand-turned bosun was in a relationship with Adam before boarding the Sirocco. She had some fun with both Adam and Wes during the show. Despite all these bizarre love angles, Malia and Wesley were an item at the end of season two. They even traveled to South Africa together.

However, Malia is now committed to a relationship with her new boyfriend, Tom Checketts. Her new boyfriend is a Yacht head chef, sailor, traveler, and adventurer, as described in his Instagram biography. The two began dating since at least March 2019 when Malia started posting pictures of their adventures together.

According to an Instagram post, Malia met her new boyfriend in October 2018. She calls her beau her ‘favorite’ person. Since their relationship began, the lovebirds have traveled to different parts of the world like Nice, France, Amsterdam, Fiji, and Hawaii. They also vacationed together to Napa, Miami, New Orleans, and New York City.

Malia White was born on 20 July 1990 in Fort Lauderdale, Florida, making her age 28. She comes from a regular family. Though details of her parents are not specific, her father worked in the boatyard, and she used to visit him most often. She grew up with her two brothers. One of her brothers has served in the military.

Malia completed her education from a local school in Florida and graduated from Elite college. Currently, she resides in the Hawaii region, which is one of the most beautiful places in the USA.

Malia has a super toned body, but she has a short height of 5 feet 4 inches.