Mark Consuelos is a Spanish-born American actor. He is famous for his role in the ABC soap opera All My Children as Mateo Santos and Hiram Lodge in Riverdale. Recently, he made a shocking announcement that he and his long-time wife of almost 23 years broke up right before they eloped in 1996. Fortunately, he is still together with his wife and celebrated their son’s 16th birthday on 24 February this year.

Mark started his acting career from the television series All My Children from the year 1995 to 2010. He appeared in a total of 104 episodes and was able to earn fame in a short period.

Mark appeared in the movie The Last Place on Earth as a Party Toast. He was also featured in other films and television shows like Nine Lives, All We Had, A Walk Among the Tombstones, Missing, and Pitch to name a few. In 2017, he was cast in the regular role of Hiram Lodge on The CW drama Riverdale. 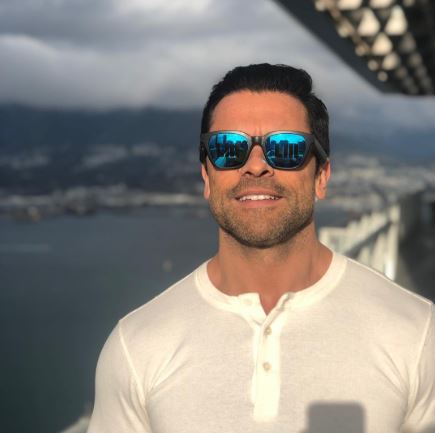 Mark is now a millionaire; all thanks to his great acting skills. His net worth dwells around $40 Million.

Mark met his girlfriend turned wife, Kelly Ripa in 1995. They met each other on the sets of All My Children. After dating for a year, the couple eloped to Las Vegas instead of having a formal wedding on 1st May 1996. 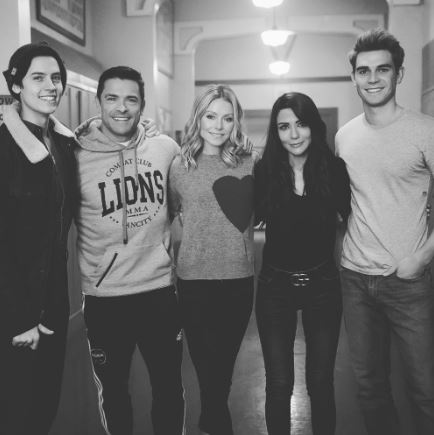 The power couple who has spent 22 years together had a close call that threatened their marriage before it began.

“We were together and she wouldn’t talk to me.” “And that made me crazy so I followed her into Central Park. I stalked her and we went back to my place and we got married the next day — it wasn’t a big breakup!”

Fortunately, he is now blessed with a sweet family of five.

Mark Consuelos was born on 30th March 1971 in Zaragoza, Spain to an Italian mother, Camilla, and a Mexican father, Saul Consuelos. He is the youngest one among three siblings. He has a brother who is a doctor, and a sister, a lawyer. He grew up in an educational environment.

Mark went to Bloomingdale High School and attended the University of Notre Dame. After a year, he got transferred to the University of South Florida and graduated from there with a degree in marketing in 1994.

Mark has a decent height of 5 feet 7 inches. He has short black hair.