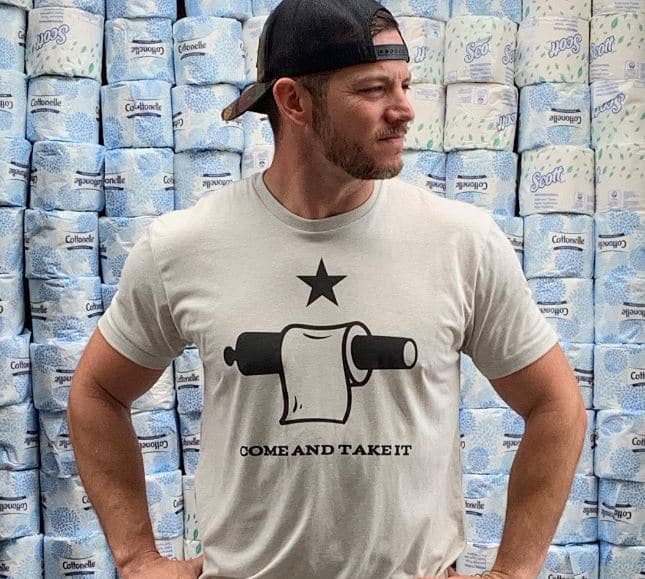 Is he dating her girlfriend or is already married to his wife? Get to know everything right below:

We all know that Matt Carriker has earned a high figure of money from his career as a YouTube personality since 2007. As per Social Blaze, his YouTube channel Demolition Ranch makes a monthly income of $7.1 thousand to $113.1 thousand, whereas his annual earnings range from $84.8 thousand to $1.4 million.

Likewise, his second YouTube channel, Vet Ranch that he founded back in 2014, falls under B category and is expected to make monthly earnings of $921 to $14.7 thousand. Similarly, his channel’s annual income ranges from $11.1 thousand to $176.9 thousand.

Though Matt Carriker’s net worth is not disclosed in the media, calculating his annual incomes and sources of income from his three YouTube channels, sources claim that his net worth might be in millions.

Well, it might be bad news for the fans (especially female fans) to know that the handsome hunk, Matt Carriker is already taken and reserved. Matt is living a blissful married life with a long-term wife, Meredith “Mere” Carriker.

To begin: Matt and Meredith first met during their history class in the tenth grade. It was love at first sight, but during their first met, both of them were in a relationship with their respective partners.

Later, they ditched their respective partners and started dating each other. After dating for years, the pair got engaged in 2007.

After a year of engagement, Matt Carriker married wife Mere Carriker in July 2008 in a private intimate wedding ceremony. For now, the pair are enjoying over a decade long married life with no rumors of divorce and separation issues.

Matt and Mere have timed and again captured together. They were spotted enjoying the summer concert of Brandon Lay back in May 2018. Likewise, they were also a part of the NYC Marathon fundraising for St. Jude during the third weekend of August 2018.

Matt and Mere are blessed with three children in total; two daughters and a son. The name of his daughters are Adalyn Carriker, and Annie Carriker, and his son is named Lincoln Carriker. His son was attending the preschool and experienced his first preschool day on August 22, 2018.

The family of five, along with their bulldog, are living a healthy familial relationship in the San Antonio area in Texas.

Mathew Lee Carriker aka Matt Carriker was born on October 21, 1986, and is 33 years old as of 2020. He was born in Texas, the United States of America. Though there is nothing disclosed regarding his parents, he grew up with his sister and brothers (siblings) in Texas. However, his father is a veterinarian.

Matt is of American nationality and belongs to mixed ethnicity. He attended Texas A&M College of Veterinary Medicine & Biomedical Sciences in the year 2008 and received his veterinary license four years later in 2012.