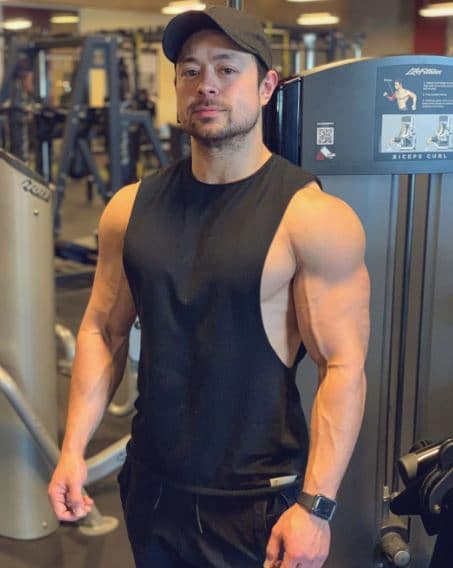 Matt Ogus is an American internet personality and bodybuilder who is known for working under the name Flex For All.

The bodybuilder’s professional journey started when he first competed in a competition that made him realized that he needed to work hard. He then created social media accounts and started training to become stronger and muscular.

Matt created his YouTube channel on December 26, 2010. His video contents are of proper exercising plans, diet plans, and weight loss plans. He is also famous for creating the six-pack shredding program.

As of now, Matt has become the leading icon on social media in the world of bodybuilding.

Being of the iconic figure in the bodybuilding industry and as a prominent social media star, Matt is definitely earning a hefty amount of money. As of 2020, Matt Ogus’s net worth is reported to be around $1 million, all thanks to his social media accounts like YouTube.

His self-titled YouTube channel has around 573 thousand followers and has over 129 million views. As per Social Blade, he earns $264 to $4.2 thousand yearly. Besides the YouTube channel, he makes from endorsing products and sponsorships.

Is A Father Of A Child; Dating Partner Brittany Lesser

The 29 years old internet personality has always tried to keep his personal life away from the media. On February 15, 2020, Matt came forward to openly reveal that he is in a relationship with girlfriend/ long-term-partner Brittany Lesser, who is also a fitness enthusiast.

Well, this is not the first time, as he started uploading lovely pictures a couple of years back.

The duo also shares a son, Grayson, together. Their son was born in March 2018. The pair announced of welcoming a child back on July 21, 2017.

As of now, the family of three enjoys a healthy familial relationship.

Matt Ogus was born on March 21, 1991, and is currently 29 years old. He was born in California, the United States of America, under the birth sign of Aries. He holds American nationality; however, his ethnicity is mixed. His mother is Philipinnes, and his father is American.

The 29 years old bodybuilder has not opened up about his parents, but once mentioned of having two brothers and a nephew to his family.

Matt was interested in video games while growing up just like other boys. While studying at high school, he started exercising as he wanted to shape his figure. He easily fell in love with weight training and started following bodybuilding and fitness path.

Matt found support from his football coach, who helped him to understand everything about weightlifting. After high school graduation, Matt decided to focus on YouTube and bodybuilding rather than pursuing a college degree.

Matt is 5 feet 7 inches tall and weighs around 79 kg. He has brown eyes and black hair.