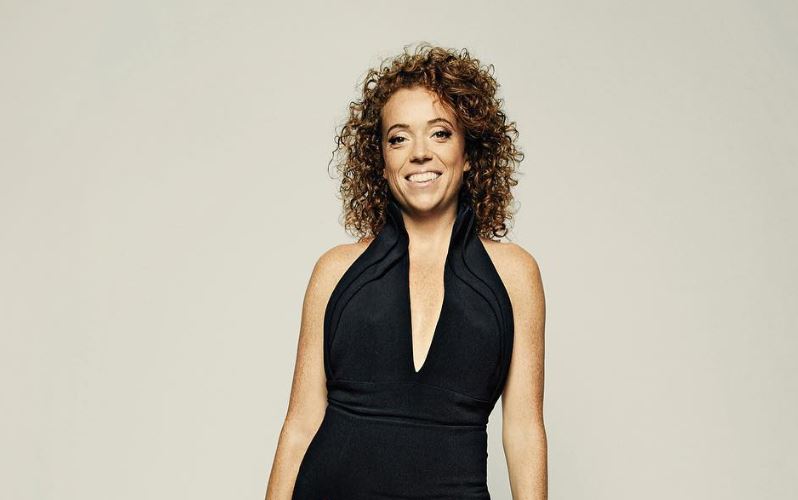 Michelle Wolf is an American comedian who always makes everyone laugh and is one of the favorites in the town. She is known to the world for her works in ‘Late Night with Seth Meyers’ and ‘The Daily Show with Trevor Noah.’ She was a nominee for the 2018 Emmy Award in the Outstanding Writing for a Variety Series for ‘Michelle Wolf: Nice Lady’ (2017).

Michelle is an American comedian, writer, producer, as well as a television host. She has worked as a contributor and writer for Late Night with Seth Meyers and The Daily Show with Trevor Noah. She also hosted the Netflix comedy talk show series The Break with Michelle Wolf.

“I think what no one in this room wants to admit is that Trump has helped all of you. He couldn’t sell steaks, or vodka, or water, or college, or ties, or Eric. But he has helped you sell your papers, and books, and TV. You helped create this monster and now you’re profiting off of him.”

While many of her friends like Judd Apatow and Anthony Bourdain supported her, President Trump responded by criticizing her act, labeling her as the so-called comedian. He even accused her of ruining the show. But she stood by her opinion and was not bothered by any antics of her.

Michelle has made a fortune from her professional career. Her net worth dwells around $3 Million.

Though Michelle is in her ’30s, she is still unmarried. She rarely talks about her love affairs and tries her best to keep it behind the curtains. She is likely single and has no boyfriend.

Michelle is much more interested in her career rather than dating a man. She has never been spotted with anyone or rumored to have an affair with someone.

Michelle was born on 21st of June in 1985 in the Mid-Atlantic region of Hershey, Pennsylvania. She has two older brothers. She was often mistaken as an African-American because of her long red colored curly hair and her olive-skin complexion. But she is 100% Caucasian, and she belongs to Germanic ethnicity.

Michelle graduated from Hershey High School in the year 2003. She attended the College of William & Mary where she majored in Kinesiology and graduated in 2007.

Michelle has a decent height of 5 feet 5 inches.