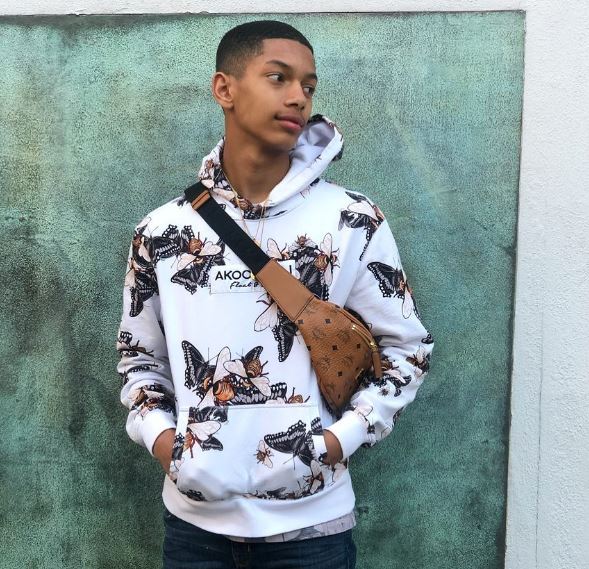 A child star is not a new thing, and we have been hearing many children making it to Hollywood at such a young age. However, it is still a very great accomplishment at such a young age, and Sayeed Shahidi truly holds the standard when it comes to talented actors in Hollywood. He made his debut at age less than ten and has been appearing continuously on excellent TV series and films.

Sayeed earned a notable role in the Television film, Switched at Birth as Will Bishop in 2016. In the same year, he appeared in eight episodes as Miles Russell in Uncle Buck. His notable role came in the 2016 series Black-ish as Adonis Culpepper.

Besides, he has appeared in Donald Trump’s The Art of the Deal: The Movie, Alex Cross, The First Family, Desperate Housewives, and The Event. Besides, Sayeed is also a social media influencer with over 151k followers. As of 2020, Sayeed Shahidi’s net worth is still under review.

Fans of the popular teenaged star, Sayeed, often ask whether the model is dating or if he has a girlfriend beside him. If you were thinking of getting a chance to date Sayeed, then you are in no luck as he is dating Storm Reid, who is another Internet model. The couple started dating on February 4, 2017 and has been together ever since. Likewise, his girlfriend wished him on his 17th birthday with an adorable caption in which she thanked him for being by her side and making her laugh.

Sayeed also seems to be on the same love boat as he often shares her picture on his Instagram showing the world how much he loves her. Besides, the couple also went to school homecoming together. Sayeed and his girlfriend slew in the fashion department, and he even shared the picture with the caption,

“Last official high school homecoming. So glad it was with her.”

Nonetheless, the couple is too young to get married, and we won’t be hearing Sayeed tying the knot soon.

Sayeed Shahidi was born in 2003 in St. Paul, Minnesota. He celebrates his birthday on February 14, which makes his age 17. Likewise, he was raised by his mother, Keri Salter Shahidi, and father, Afshin Shahidi. He lived in his native land until age two before moving to Glendale, California. He grew up as a middle child as he has a younger brother, Eshan, and an older sister, Yara Shahidi, who is also an actress.

He holds an American nationality and comes from mixed ethnicity, which includes African American and Native Choctaw from his mothers” side and Iranian American from his fathers” side.