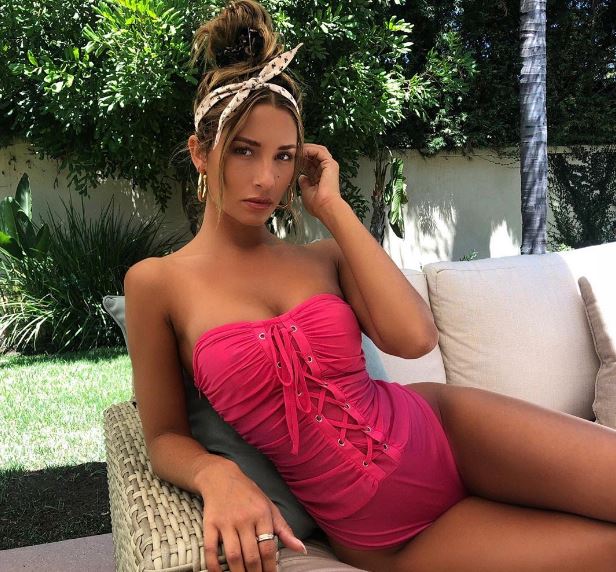 Instagram has been a popular platform which has helped many people make their career. Likewise, Sierra has also been quite popular on Instagram as she has been making headlines for her amazing looks on the platform. Starting in 2015, the model has now earned more than millions of followers and has been earning fame and money through her amazing posts.

Sierra never thought that she would have a career on social media platforms like Instagram when she first posted her picture in 2015 of a cat. Likewise, soon after her followers boosted, she started a modeling gig for the swimwear brand, Boutine Los Angeles, with the help of her boyfriend. Since then, she has modeled for popular fashion brands like PreetyLittleThings, The Hair Shop, White Fox Active, MESHKI, Moda Glam, and Gooseberry Intimates.

Moreover, the model has accumulated over 4.2 million followers. With the help of such huge numbers, Sierra has been making a heavy sum of money from advertising various brands on her feed. Nonetheless, Sierra has managed to keep her earnings a secret, and her net worth is still under review. However, we will be sure to update on the subject once more information is released.

The beautiful model is in a relationship with an Instagram photographer, Roman Palumbo. The couple met through their mutual friends, and Roman had already developed a huge crush on the beautiful after he laid eyes on her. Besides, the couple also has a YouTube channel together titled, “Roman & Sierra’s World” and they effectively use it to update on their love life with videos like vlogs, shopping hauls, challenges, pranks, and others.

Moreover, Sierra’s boyfriend has shared many pictures with Sierra on his Instagram with adorable quotes. Likewise, Sierra also wished her boyfriend on the day of his birthday with the caption that read,

“Today’s your day, but I’m lucky to have you everyday ❤️ Happy Birthday my love”

Sierra Egan was born in 1995 in Los Angeles, California. She celebrates her birthday on 6th November, which makes her age 24. Likewise, she has not shared many details on her parents, siblings, and early life.

Nonetheless, the Instagram model holds an American nationality and holds white ethnicity. Likewise, Sierra has a height of 5 feet and 6 inches.