Sophie Brussaux is a French artist and former adult movie star who is known for her relationship with the Canadian rapper, Drake. She used to work in the adult industry under the pseudonym “Rosee Divine.” Besides, she is the mother of Drake’s baby son, Adonis. Even though she doesn’t have a high profile career in the entertainment industry, she is linked up with many famous personalities like Kanye, Beyonce, and Lil Wayne.

Sophie worked as an adult film actress under the name ‘Rosee Divine.’ She was featured on the cover of the magazine ‘Smooth Girl.’ Since leaving the adult entertainment industry, she has pursued a successful career as an artist. Her works are impressive, and they have been displayed in exhibitions in major cities like Milan and New York. 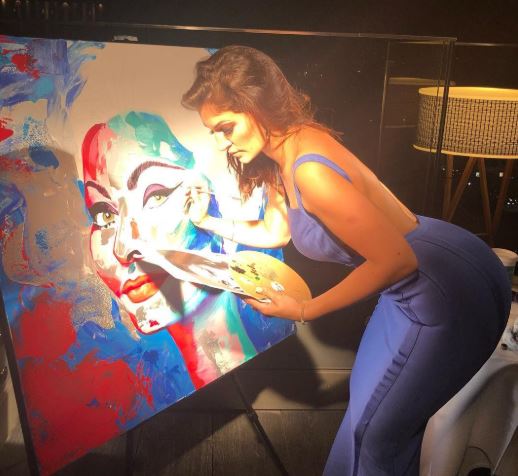 Her inspiration for art is a mix of surrealism and symbolism with influences of pop art. She uses various tools such as oil paint, acrylic, or pastels and mixes them to express strong emotions.

Sophie earned a considerable amount of money from the adult entertainment industry. Now, she is making a sound income from her artistic passion. Her net worth dwells around $500 Thousand.

Sophie hasn’t married anyone yet. Back in January 2017, she was spotted having dinner with her rumored boyfriend, Drake, while on a trip to Amsterdam. Following that, she got pregnant with his baby. But when she told Drake about her pregnancy, he frequently asked her to get an abortion. Drake also said that he was not in a relationship with Sophie when the pregnancy happened. 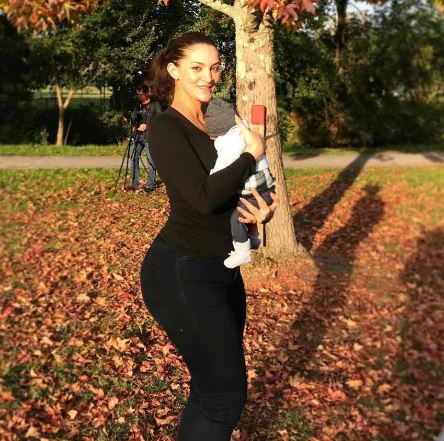 Sophie gave birth to her son, Adonis on 24th October 2017, co-incidentally on Drake’s birthday, nine months after being spotted with Drake. She took to Twitter in November 2017 to call out Drake a “deadb**t dad.” After the birth of their son, Drake started financially supporting Sophie so that she can raise their baby well. He even admitted that she was his son’s mother and promised to co-parent their child.

For now, Sophie and Drake are single parents of their son. They are co-parenting their son, but they’re not dating each other.

Sophie Brussaux was born on 1st of August in 1990 in Bordeaux, Aquitaine, France. She did her high school graduation from Bordeaux International School. She currently lives in New York with her son, Adonis.

The 28-year-old Sophie has a tall height of 5 feet 9 inches. She has done many plastic surgeries while working as an adult film star. She has over 176k followers on her Instagram (@sophieknowsbetter) account.