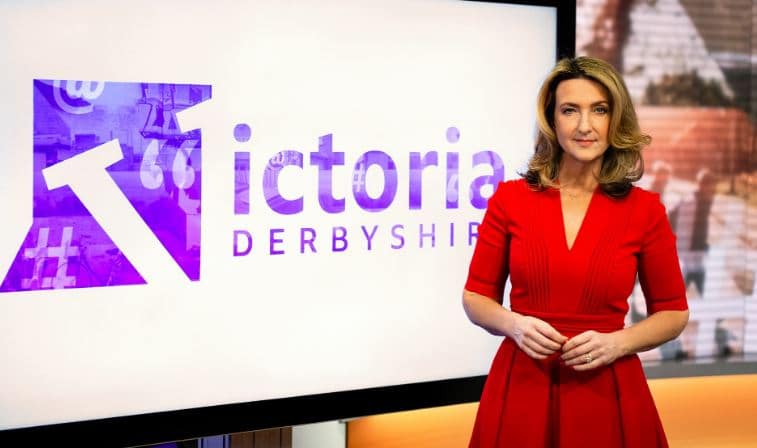 In any career, there are primarily two cases; one thing is to be a celebrity and another to remain relevant. After a few moments of fame, some people fade out and become so carried away by the attention that comes with the spotlight and ends up fading away.

However, some people make a wise decision never to go down the path of obscurity, and Victoria Derbyshire is among such ones.

Victoria is an English broadcast journalist best known for being a presenter on BBC Radio 5 Live and the BBC News Channel since 2015.

Learn more about the journalist and broadcaster and how she achieved her success and more on her married life and others!

Who Is Victoria Derbyshire?

Victoria Derbyshire was born on 2nd October 1968. She was raised in Ramsbottom, Lancashire, by her parents Pauline and Anthony Derbyshire. More to her family, she has a brother named Nick Derbyshire and sister.

During an interview with theguardian.com, she revealed that her father, Anthony, physically and verbally abused her, her mother, younger brother, and sister.

Moving on, about her education, Victoria Derbyshire attended Bury Grammar School for Girls, an independent school. Later she got enrolled at the University of Liverpool and studied English Language and Literature. After completing her University, she attended a postgraduate diploma course in radio and TV journalism at Preston Polytechnic.

Started Career As A Reporter

Victoria Derbyshire first began her career as a reporter on local radio before joining BBC Radio 5 Live in 1998. At BBC, she began co-presenting the breakfast show with Julian Worricker. Her program even won Gold Sony Awards in 1998 and 2002.

In 2003, Victoria left the show and became partnered by Nicky Campbell. Besides, she has also worked on many television news and political programs, including Newsnight, This Week, an interview series, Victoria Derbyshire Interviews.., the BBC News Channel, and Watchdog.

Moving on, in 2018, Victoria took part in an ITV program, The Real Full Monty. During the program, she encouraged women about breast cancer awareness.

Furthermore, in 2019, Victoria was shortlisted as one of six candidates and auditioned to replace David Dimbleby as the regular host of Question Time.

Salary Reveals Her Net Worth

Victoria Derbyshire’s life as a journalist and broadcaster took a new dimension when her fam went global. Not of the things stopped her from amassing as much as she intended from her career.

Furthermore, Victoria has an estimated net worth of £3 million.

What Is Her Marital Status?

Victoria Derbyshire has been married to Mark Sandell since 2018. She got hitched with her husband after she went through successful treatment for breast cancer.

Victoria Derbyshire walks down the aisle with her husband, Mark Sandell (Photo: mirror.co.uk)

The couple shares two children Oliver and Joe. Well, it has also been reported that Victoria and Mark had an affair while Mark was still married to another presenter Fi Glover.

Moving on, on her wedding day, she wore lace bridal gown, and her two sons walked her down the aisle proudly.