Have you ever wondered who Aphmau in the real world is? I guess you do! And let me tell you, the lady behind this channel is a gorgeous mom of two cute children. Let’s know her from close now.

Aphmau is a popular name on YouTube as she is a YouTuber with 3.1 million subscribers. She is best known for playing Minecraft characters and also making up stories using their characters. In her channel, she mentioned her quick intro:

‘My name is Aphmau – that’s my online alias. My real name is Jess; feel free to call me whichever you prefer! Come frolic along with me in this internet world of gaming! Wee!’

As a popular over the internet, her fans and followers are still growing. Her fans highly follow Jess because of creativity in videos. So today, we will be discussing her quick facts, accompanied by her net worth, married life, husband and children info and short wiki.

We can guess an income of YouTuber with more than 3 million subscribers pretty well. Solely from vlogging, her income and revenue extended from few thousand bucks to grand hundred thousand bucks annually. Although not disclosed, her yearly revenue from YouTube channel is near to $1 million. As her video view reaches 300 thousand within a day, we can expect her earning more than that.

Apart from YouTube, she also earns by selling fabrics and clothes with her brand name ‘Aphmau.’ So, her real net worth is estimated to be $6 million.

Jess married at very young age. When she stepped in 18 years old, she lived together with her boyfriend Jason. Her boyfriend turned Jason’s full name is Jason Bravura. Here is a wedding photograph of the couple. 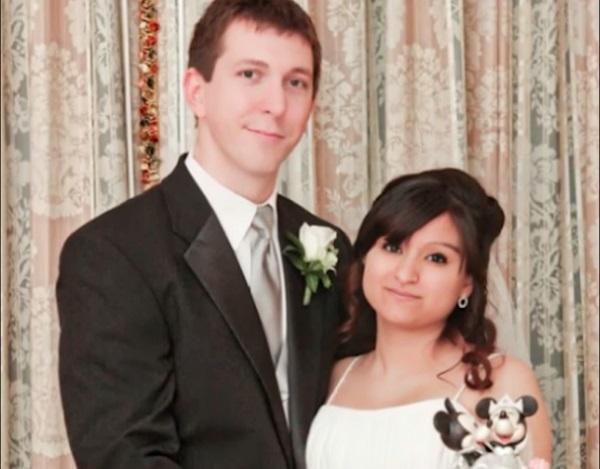 Caption: Jess with her husband Jason in her wedding ceremony.
Source: Wikia.com

Aphmau herself disclosed the fact about being married through her Twitter account adding a video from her channel. Here, take a look:

The year when Jason proposed her was the same year when she got pregnant, in 2012. So they married in Disney world. In July of the same year, she gave birth to a baby boy of whom they named as Joseph. But, the delivery was not standard, and she had to go through C-section.

And again in 2014 January, she welcomed her second child, a baby daughter of whom she named Julia. In the latter case too, she had to go through C-section.

Caption: Aphmau shared a picture of her babies (actually taken from a photo!)
Source: Instagram.com

Aphmau is best known being YouTuber and concept creator. She started her official Channel ‘Challenge Accepted Inc.’ in the year 2012, 13th August getting help from her friends Chris, Cole, Calvin and her husband, Jason.

Her hometown is Houston, Texas but she currently resides outside of Seattle. Born on 16th October 1989, she has established herself as a successful web star.