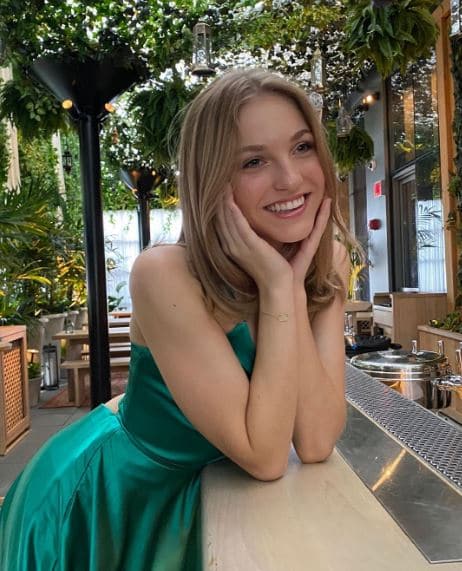 Brynn Rumfallo is a dancer who first earned spotlight when she appeared in the show, America’s Got Talent as a member for the dance crew, Fresh Faces. Although she did not win the title, she later appeared in shows like Dancing With The Stars and Dance Moms.

Brynn earned fame and popularity when she appeared as a contestant on America’s Got Talent in 2013. She appeared as a dancer for the group “Fresh Faces” and was eliminated in Quarter-Finals. However, she later reappeared in the 2015 season of America’s Got Talent and the same year made a guest appearance on Dancing With The Stars. In 2015, the dancer made an appearance on the reality series Dance Moms and became a permanent cast member in 2016, before leaving in 2017. She has appeared in other shows like Teens Wanna Know, Crashed, Sweety Hugh, and Boss Cheer.

Besides her dancing career, she also has a modeling career and has modeled for brands such as Abby Lee Apparel, Miss Behaved Girls, and California Kisses Dancewear. In 2017, Brynn released her clothing collection. She also owned a YouTube channel where she uploads her vlogs. She has over 361k subscribers on her channel. On Instagram, Brynn possesses over 3.1 million followers. As of 2020, Brynn’s net worth is estimated at around $1.8 Million, as she has not shared much on her net worth and income.

Brynn has been attracting many fans through her TV and online presence. Likewise, many of her followers are often curious to know if their beloved Instagram star is dating anyone or if she is single. Nonetheless, it seems Brynn is in a relationship with the athlete, Hunter Barth. The couple started dating in high school when Brynn was the cheerleader while her boyfriend played football.

Likewise, the young lovers spent most of 2019 together. They celebrated Valentine together and even went to high school prom with each other. Her picture with Hunter received many comments from Brynn followers who were shipping the adorable couple. However, Brynn has not shared much on her boyfriend for the past few months. While there is a chance that the couple has separated, we cannot be too sure on the subject.

Brynn Adela Rumfallo was born in 2003 in Phoenix, Arizona, U.S. She celebrates her birthday on July 1, which makes her age 17. She was born to her parents, Ashlee Rumfallo and Aaron. She also has a brother named Noah and a sister named Sadie.

The dancer, Brynn, has a height of 5 feet and 5 inches. Brynn holds an American nationality and comes from White ethnicity.