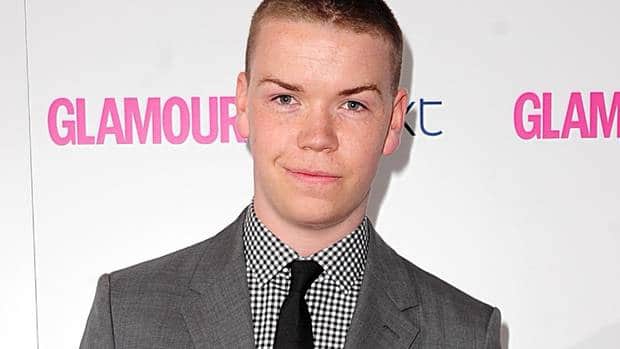 10 month(s) ago on Entertainment

Will Poulter is a British actor who is known for his work in films like ‘We’re the Millers’ and ‘The Revenant.’ He began his career with various small film roles before bagging the leading role in the film ‘Son of Rambow.’ He shot to fame after portraying the role of Eustace Scrubb in the fantasy adventure film ‘The Chronicles of Narnia: The Voyage of the Dawn Treader.’

Will Poulter Net Worth: $5 Million

Will played the role of Lee Carter in Son of Rambow in the year 2007. He also starred in the TV series Comedy: Shuffle the same year. In 2008, he appeared in Comedy Lab and Lead Balloon. Since then, he has appeared in several films and television series like War Machine, Kids in Love, Glassland, Plastic, We’re the Millers, Wild Bill, The Fades, and School of Comedy.

Will Poulter with other cast members of Detroit. Credit: Instagram; @willpoulter

In 2018, Will reprised his role as Gally in Maze Runner: The Death Cure. Later that year, he starred in the movie The Little Stranger, where he played the role of Roderick “Roddy” Ayres, a facially disfigured, haunted war veteran. He also appeared as a game developer Colin Ritman in Black Mirror: Bandersnatch.

Will has made an enormous fortune by appearing in several high profile films and other business-related ventures. As of now, Poulter’s net worth is estimated to be $5 million.

Who is Will Poulter’s Girlfriend?

Will is currently single and not dating anyone. In June 2019, he sparked a dating rumor with Yasmeen Scott when the two were spotted holding hands in a rare public outing. They also attended Milan Fall 2019 Menswear together. However, they never went public about their relationship and likely ended their short-lived affair without catching the media’s attention.

Will Poulter was born on 28 January 1993 in Hammersmith, London, which makes his age 26. He was born to parents Caroline and Neil Poulter. His mother, Caroline, is a former nurse who grew up in Kenya, and his father, Neil, is a professor of Cardiology.

Will became interested in acting from an early age. He went to Harrodian School, where he studied drama. However, he struggled in school due to developmental coordination disorder and dyslexia.

Will stands tall at the height of 6 feet 2 inches.

0 comments
10 month(s) ago
%d bloggers like this:
We use cookies to ensure that we give you the best experience on our website. If you continue to use this site we will assume that you are happy with it.Ok