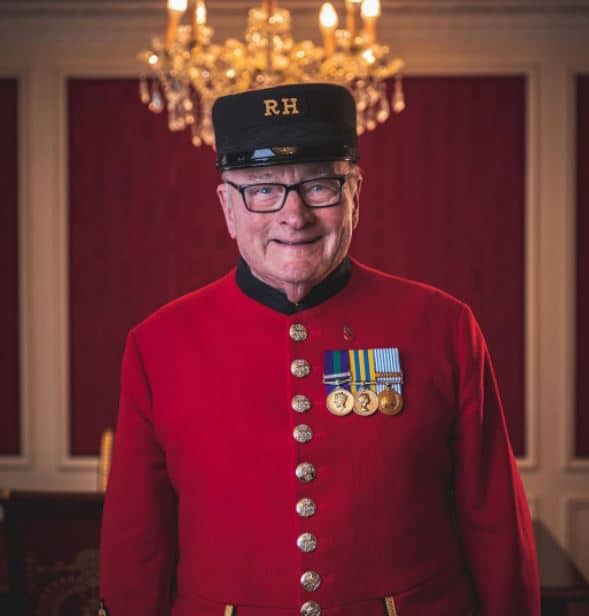 Colin Thackery has been crowned as the champion of Britain’s Got Talent 2019. He stormed to victory on June 3 in the final of the ITV series after seeing off competition from masked magician X. Colin performed the song titled Love Changes Everything from the musical Aspects of Love. His performance in the final took the stage with other Chelsea Pensioners, who were also dressed in the iconic red uniforms.

The performance even led David Walliams to predict that he could take the series title, saying:

‘I think for the first time this week I can honestly say we could be looking at the winner of Britain’s Got Talent.”

Colin went for the audition in BGT, which broadcasted on April 6, 2019. In the audition, he sang a heartfelt rendition of ‘Wind Beneath My Wings,’ which was a dedication to his wife. During the semifinals of BGT, Colin was joined by his fellow Chelsea Pensioners for a heartfelt performance of Vera Lynn’s ‘We’ll Meet Again,’ which was dedicated to his late wife.

After the performance, the four judges gave Colin and his Chelsea pensioner colleagues a standing ovation. And, Colin made it to the finals and won the competition by majority vote from the public. After winning the 13th series of Britain’s Got Talent and winning £250,000, he also became the oldest ever to win the talent show at age 89. He had also finished recording his first album and had signed to do a tour in the new year. His song, Love Changes Everything, which was released on December 6, 2019, made it to number 13 on the UK charts.

Colin was married to his beloved wife, Joan. He had met her while in the Army at the weekly camp dance in County Durham. The duo exchanged vows in 1950, but Colin was posted to Korea two weeks after the wedding. Later,He was then posted to Hong Kong two years later, where Joan eventually joined him.

Colin and his wife were parents to their two children Dawn and Peter. Unfortunately, Colin lost his wife in 2016 from breast cancer, after 66 years of marriage. After losing his wife, Colin moved to the Royal Hospital Chelsea as a Chelsea Pensioners.

‘She had a very fine alto voice, so after when I retired we moved to Norfolk and we both belonged to an operatic society there. ‘We sang all the time and danced, of course! We were always dancing and if you looked at the projectors on the back of the stage [on BGT] there were pictures of us dancing.’

Colin truly holds a long and adorable story with his late wife, and his story even brought tears among the audiences of the show. Likewise, in an interview, Colin shared that he would love a female company. The singer said,

‘I would love to meet a nice lady, though.

‘I enjoy female company and I’m not too old for romance – although at my age, you want companionship more than anything else.

‘There’s so much to talk about when you’re older – your family, what you’ve done in the past, places you’ve been.’

Colin Thackery was born in 1930 in London, he celebrates his birthday on March 9,which makes his age 90. He joined the Army at the young age of 15 and served for 25 years, in the 45th regiment of the Royal Artillery, and is a veteran of the Korean War.  He has been singing since the small age of eight and even sang with his beloved wife, Joan. Colin will be singing at the Royal Variety Performance later this year in November, which will be attended by the members of the Royal Family and in aid of Queen Elizabeth II’s Royal Variety Charity.

He holds British nationality and comes from White ethnicity.