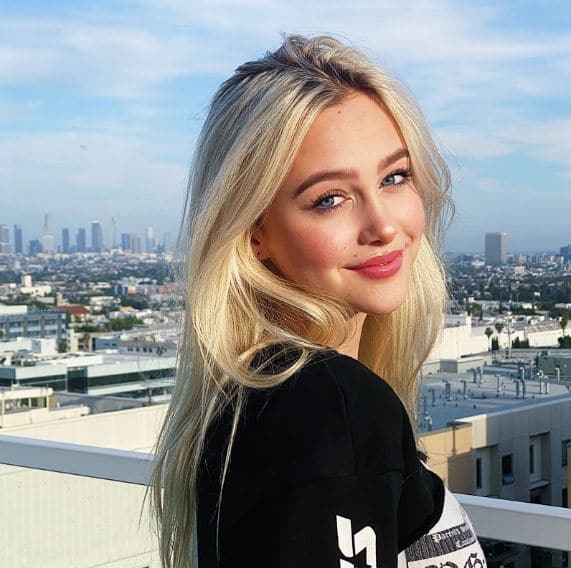 Among all the young influencers, Havanna Winter separates her apart from her talent when it comes to acting, dancing, and singing. The star worked on creating her brand on Instagram, and it seems to have paid off as she has over thousands and million followers on Instagram and TikTok. Likewise, at such a young age, she is already signed to a management team to record her music.

So, it might be a great time to learn about Havanna Winter before her names start appearing all over the entertainment news.

For many Instagram might be a place to share a few pictures with friends and family, Havanna Winter earned an influencer status on the platform. She has over 735k followers on her page and has advertised various brands and pages on her Instagram. Besides, anyone who visits her Instagram will be struck by amazement from all the amazing pictures on her feed. Her popularity also comes from her performance in stage productions of hairspray, The Lion King, and School of Rock.

While Instagram might be one platform Havanna has earned success, she is now moving to another rising platform, TikTok, where she has other 2.7 million followers. Her videos of dancing to different songs has managed to grasp much attention in the community. While some videos have gained over 300k views, others have earned her over 2 million views. Due to her rising popularity, the star has secured a contract with the artist management company Livewave Inc to record music. So she might be dropping amazing tunes in the coming days. Besides, she has also marked her territory on another popular platform, LIKE, where she has over 400k followers.

Havanna has Photographed with Some Amazing Icons

With fame comes the opportunity to earn precious moments with your idols. Havanna has earned the chance to click pictures with some fantastic stars like James Charles, Jordyn Jones, and Jordan Beau and others during the Coachella in 2019. Her picture with the amazing make-up artist James Charles made her quite a hot topic when she uploaded it on April of 2019. We can for sure tell that the star was excited for the caption read,

Havanna Winter is of Mixed Descent

Havanna possesses outstanding beauty, all thanks to her mixed ethnicity of Norwegian and Spanish. She was born on April 4, 2006, in Oslo, Norway. The star is 14 years old and holds the birth sign, Aries. Although a native to Norway, she moved to California at age nine.

Focused on her Career

While having a boyfriend or dating is common, Havanna seems much focused on her career than dating. She is single and has not shared any pictures with romantic partners of any sort.

The 14-year-old influencer is busy on her career, which is taking huge leaps. So, she has her priority set to earning more success, and maybe, who knows, we might see her dating someone special near future.