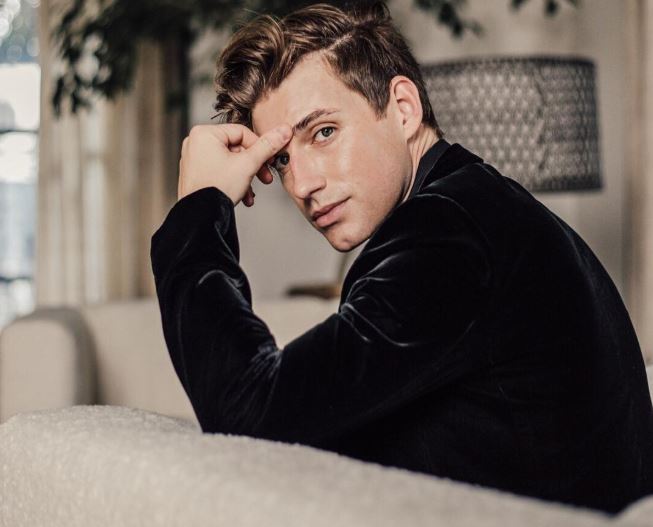 Jeremiah Brent is a famous American interior designer and television personality. His passion for interior design started at a very young age, which focused on Artistic design. He also became the host of the Emmy Award-winning show ‘Home Made Simple’ and broadcasted for two seasons on Oprah Winfrey’s network. Later, he launched the tv show ‘Nate & Jeremiah’ in the year 2017.

Jeremiah is happily married to his husband, Nate Berkus, who is an American interior designer and a television personality. They tied the knot in May 2014. Together the couple shares two children. They were proud parents of a 3-year-old daughter, Poppy, until March 25, 2019, when they welcomed their second child through surrogacy. They named the baby “Oskar Brent-Berkus,” who was born in Los Angeles.

During the birth of their second child, Jeremiah posted a picture on his Instagram. The black and white photo featured their daughter’s hand, pointing at the little foot of her newborn brother.

Jeremiah announced the news that they were having a baby boy through a video on Twitter in February.

Jeremiah is an actor and producer who is known for The Ode, Nate & Jeremiah by Design, and Home Made Simple. The year 2011 was great for him as he became a styling associate to Rachel Zoe on her show, The Rachel Zoe Project. He also appeared in the covers of various publications like Domino Magazine, Architectural Digest, Harper’s Bazaar, and People’s Magazine.

In 2017, Jeremiah became part of Living Spaces, particularly Living Spaces presents Behind the Design. Besides, he is one of the best designers in the town.

His net worth dwells around $1 million.

Jeremiah Brent was born on 24 November 1984 in the USA. He is the son of Gwen A. Johnson and Terry B. Johnson of Modesto, California. His father was a deputy sheriff in Modesto, and his mother was a paralegal in San Francisco. He graduated from Modesto High School in 2002. While at Modesto High, he was active in drama, speech, and debate.

Jeremiah, 34, founded the Jeremiah Brent Design in the year 2011, which is a full-service interior design firm which specializes in residential, commercial, and hospitality design.