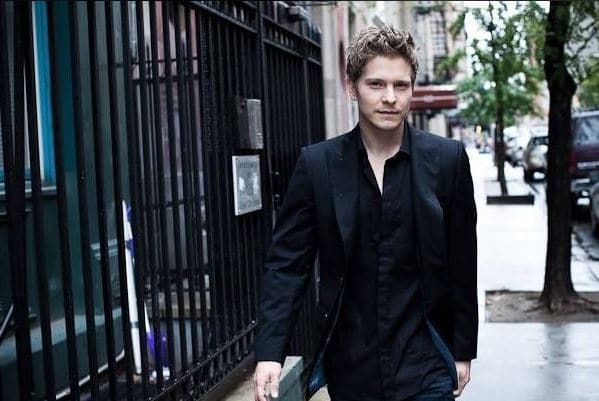 Matthew Charles Czuchry, who is professionally known as Matt Czuchry is a famous American actor who is best known for appearing in the role of Logan Huntzberger on The WB television series Gilmore Girls from 2005 to 2007.

Besides this, Matt is also widely known for appearing in the television drama The Good Wife and on the Fox medical drama series The Resident since 2018.

Matt Czuchry, who started his professional acting career since 2000, appearing in the role of the teenage guy in Freaks and Geeks, has now appeared in dozens of movies and television series. Likewise, he is regarded to be one of the famous actors in the Hollywood industry.

Till the date, Matt has appeared in numerous television series and movies like Em & Me, Swimming Upstream, Eight Legged Freaks, The Practice, Young Americans, Gilmore Girls, Jake 2.0, Veronica Mars, The Good Wife, The Resident, and many others.

Talking about Matt Czuchry’s net worth in 2019, his net worth is estimated to be around $3 million that he collected from his professional acting career. As he is a successful television actor, his popularity and fame prove that he receives a high figure of salary.

As per sources, Matt also collected around $100 thousand per year only by appearing in public.

Is Matt Czuchry Married or Dating his Girlfriend?

As Matt is handsome and successful, Matt Czuchry’s personal life, including his love life and relationships, has always been a matter of question for his thousands of fans.

Just because Matt is not involved in any kind of relationship at the moment does not mean he does not share any past relationships. Previously, he was in a relationship with his Young Americans co-star Kate Bosworth.

The couple started dating in 2000 and shared a beautiful relationship. Sadly, just after two years of relationships, things did not work out, and the couple broke up.

Besides Kate, he is also reported to be in a relationship with Archie Panjabi and Julianna Margulies. After all those relationship failures, he is currently single and is yet to reveal information regarding his marriage or having a wife or welcoming child any sooner.

When Matt and actor Phillip Shinn shared the screen in The Good Wife, people thought that he is gay. Though he did not clarify anything about sexuality, Robert King speculated that he is straight and not gay.

Matt Czuchry was born Matthew Charles Czuchry on May 20, 1977, and is currently 41 years old. He was born in Manchester, New Hampshire, the United States of America. Matt Czuchry is of American nationality and belongs to the mixed ethnicity.

Matt’s father, Andrew Czuchry, is a professor at East Tennessee State University, whereas his mother Sandra is a homemaker. He has two siblings; two brothers and a sister.

Matt graduated from School Hill High School in the year 1995. He later got enrolled at the College of Charleston in 1999 with a Bachelor of Arts degree in History and Political Science.

During The Late Show with Stephen Colbert, Matt revealed that he took the Law School Admission Test, where he performed poorly.

Matt stands at the height of 5 feet and 9 inches and weighs around 76 kg. He has a slim body build.