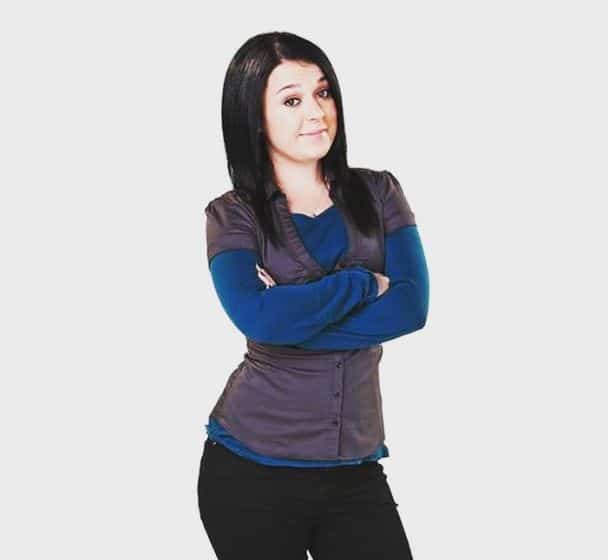 Dani Harmer has been a long time familiar face in the English television as she has starred in many popular TV series. She is best known for her role as Tracy Beaker in the CBBC series and CBBC sitcom, Dani’s House. Also, she also had a brief musical career and made her presence in Strictly Come Dancing, where she reached the grand finale, finishing fourth. Nonetheless, she is also the winner of the 2010 Children’s BAFTA for Best Drama.

Before making her screen debut, Dani was performing for theatres and made her debut at age 6 in the musical The Who’s Tommy in the West End. She earned her big break when she earned the lead role in CBBC’s dramedy series The Story of Tracy Beaker. She starred in for five series and also appeared in its film, Tracy Beaker’s Movie of Me.

Likewise, her other TV appearance includes Trial & Retribution, My Family, Pie in the Sky, The 10th Kingdom, Beast, Touch Me, among others.

Besides, in 2008, she signed a record deal with a record label, Universal/Decca, which was worth £3 million. She released the single, Free, in 2009, which became the theme song of the TV show Dani’s House, in which she played the lead role. Likewise, the song also reached number 117 on the Official Chart. She later returned to the role of Tracy Beaker in early 2010 in the 13-episode BBC series Tracy Beaker Returns. She also took the role of Janet in the 2013 UK tour of stage production The Rocky Horror Show.

She has appeared in 12 Again, Strictly Come dancing, Pointless Celebrities, Dani’s Castle, The Chase: Celebrity Special, The Dumping Ground, and Celebrity Come Dine with Me. As of 2020, Dani Harmer holds a net worth of $3.5 Million.

Is Dani Harmer Married? Who is Dani’s Partner?

Dani Harmer is currently in a relationship with her boyfriend, Simon Brough. Likewise, her boyfriend’s Instagram bio shares that he is a gamer, amateur chef, and all-round nerd. The couple started dating in April of 2015 and has been together ever since.

Likewise, the couple has already become a parent to their adorable daughter, Avarie-Belle Betsy Rachel Brough, to whom Dani gave birth on 28th June 2016. However, the couple has yet not tied the knot and shared that they will only be marrying once their daughter is old enough to participate in their marriage ceremony.

Nonetheless, Dani shares precious moments with her family on Instagram. Likewise, she has also shared that she is thankful for having Simon, who is a wonderful partner and an amazing father to her daughter. Similarly, she celebrated her anniversary sharing a picture of the father and daughter on matching leather jackets. Regardless, it will be a while until we see the couple exchanging vows as their daughter is still too young to participate.

Danielle Jane Harmer was born in 1989 in Bracknell, Berkshire, England. He celebrates his birthday on 8th February, which makes her age 31. Likewise, she was raised by her mother, Jill, a former legal worker and father Andy, a mechanic and chauffeur. However, her parents later divorced. She grew up with a sister, Betsy, who works as a hairdresser. She attended Stagecoach drama lessons at age five and won a scholarship to attend Redroofs Theatre School at the age of 7. She left with three GCSEs.

She holds an English nationality and comes from British ethnicity. The beautiful actress has a height of 5 feet and 1 inch.