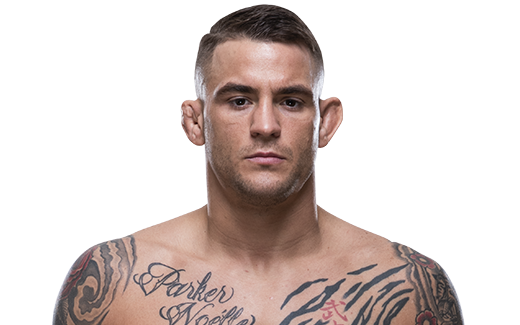 Dustin Poirier is a famous American martial artist who is competing in the lightweight division of UFC. Before, he was the competitor of Bang FC and the WEC. On 24 February 2019, he was ranked number 3 in the official UFC lightweight rankings. He is an extremely talented fighter who utilizes power punches along with jabs and steps to set up powerful strikes like a cross.

Dustin rose to fame when he won the match against no. 1 contender Josh Grispi at the UFC 125. Following his victory in the first round of a battle with Max Holloway, he got the first event fight at UFC on Fuel. In 2012, he defeated Jonathan Brookins via submission, ending 2012 with a 2-1 record. In the next battle, he took on Cub Swanson in a match.

When Dustin lost a battle in the first round by TKO, he attributed to getting caught up in Conor’s trademark arrogance. After the loss, he made some career evaluations and decided to fight only in the Lightweight division.

In 2018, Dustin signed a new contract with UFC. He faced Max Holloway for the Interim UFC Lightweight Championship on 13 April 2019, at UFC 236 and won the fight by unanimous decision.

Dustin has made a successful career in the world of UFC. His net worth dwells around $1.2 million.

Dustin Poirier is married to his long term girlfriend, Jolie Poirier. They met as teenagers and began dating at just 14 years old. After dating for six years, the couple tied the knot on September 4, 2009. Poirier was only 20 years old when he got married.

Dustin Poirier with his wife and daughter. P.C: Instagram; @dustinpoirier

His wife, Jolie, serves as the Vice President/Director of The Good Fight Foundation,  which she began alongside Dustin. The non-profit focuses on local issues in the Poirier’s home of Louisiana, including providing readiness kits to the local homeless population.

They welcomed their daughter, Parker Noelle Poirier, on August 20, 2016.

Dustin Poirier was born in Lafayette, Louisiana, US, on 19 January 1989. He is the son of Darrell Poirier and Jere’ Folley Chaisson. He is of French descent and used to wrestle during his high school years at Northside High School.

Dustin stands at the height of 5 feet 9 inches. He weighs about 70 kg.