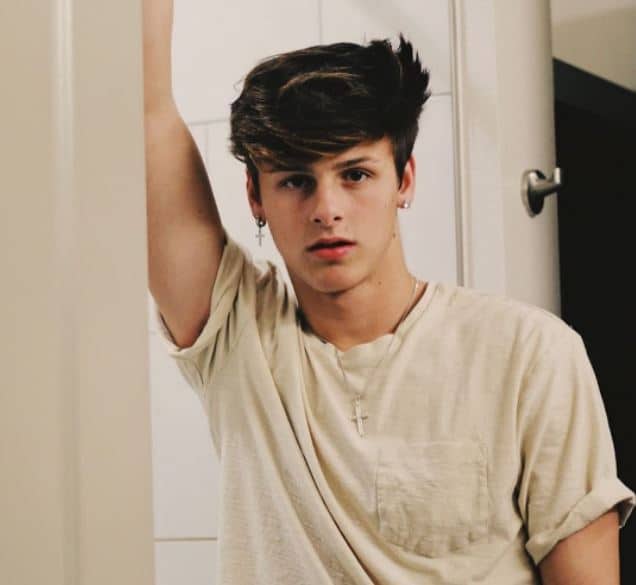 With TikTok moving to become one of the popular social media, many users from the platform has achieved a huge following leading their life to become a social media influencer. Likewise, Owen Bodnar might have also found his calling as he has been popular ever since he opened his TikTok account.

Learn more on Owen Bodnar and get to know more on his dating life, net worth, and much more.

Owen grew in popularity through his TikTok presence. The star only started using TikTok, then Musical.ly, in 2016 to try and impress a girl. He earned fame with his lip syncs videos to a variety of pop hits on his owenbodnaro TikTok account. He has lip syncs to many popular songs such as Drake, Baby Ariel, and Post Malone. Now Owen has over 251k followers and over 2.3 million likes on his account.

Besides, he also has experience in acting and played a lead role of a Peter Pan Musical at age 10. Moreover, Owen is also quite popular on other social media platforms such as Instagram, where he has over 203k followers. Furthermore, Owen is also an athlete and plays football, basketball, track and field, cross country, and soccer. As of 2020, Owen Bodnar’s net worth is still under review.

Owen has been earning tremendous popularity on the internet. So it’s no surprise when his fans often ask him the young boy is dating anyone at the moment. Likewise, he once shared that he was in a relationship with Danielle Cohn, who is also an internet celeb like him. The couple was deemed inseparable as they often spent time making TikTok videos together. Moreover, Owen’s girlfriend even wrote his name on her arms, and they also wore a Purge costume together.

However, the relationship came to an end in 2017 when Danielle revealed that the couple was no longer together. Moreover, Owen, too released a video stating that he had been cheated on by his girlfriend for Landon Barker. Later, he revealed that the split was a mutual decision, and they were still good friends. Likewise, in 2018, he was dating a girl named Lily, and the couple even went to prom together. However, they also seem to have split up. Now, Owen might be single and is not dating anyone publicly.

Owen was born in San Antonio, Texas, in 2003. He celebrates his birthday on July 29, which makes his age 16. He has not shared much on his early life and parents.

He holds an American nationality and comes from White ethnicity. The TikTok star has a height of 5 feet and 7 inches. He is a huge fan of LeBron James.